At Clover Hill Infant and Nursery School we aim to inspire a love of Mathematics and encourage children to become confident and inquisitive learners. 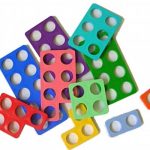 At Clover Hill we believe that Numicon is an excellent resource for helping children with their core number skills. Numicon uses different coloured tiles to represent each of the numbers 1 to 10. This helps to give children a concrete concept of what each number actually is – for example they can see, in their mind’s eye, that ‘5’: is a red tile with five holes, it has an odd number of holes, it is smaller than a ten but larger than a 1. This image helps with so many of the basic facts about number!

We use Numicon to help us with all aspects of maths. The tiles fit together to help with addition, can be laid over each other to represent take away and difference, can be grouped for repeated addition and multiplication and can be used to represent fractions of numbers for division.

Numicon helps us to fulfil the crucial aims of the Key Stage 1 Mathematics Curriculum; fluency, reasoning and problem solving.

Alongside Numicon we use many other resources to help children learn.

These are some of our favourite… 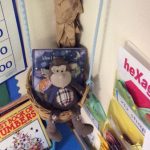 Maths Monkey works alongside us in Maths lessons. He often helps us to understand our learning by showing us different or more efficient strategies. Sometimes, Maths Monkey needs our help because he makes mistakes. At times, maths monkey likes to cause trouble! For example, muddling up our number lines! Maths monkey always reminds us to persevere and learn from mistakes in maths. He even gives our teachers special stickers to reward us for having a great attitude towards maths.

At Clover Hill we often adopt a contextualised way of teaching so that children are aware of the context and links between their learning and the purpose behind it! Our aim is for children to solve a range of mathematical problems by applying methods taught in class to a variety of real life scenarios. By providing a context between mathematics taught in school and real life we hope to teach children to have a flexible approach to mathematics, showing resilience and confidence within their learning.

Take a look at what we have been getting up to…

In lesson, if we feel confident at our new learning, we can choose to take on a challenge! Our Enterprise character Richie Risk reminds us to ‘have a go’ at tricky problems and Pippa Positive reminds us to have a positive attitude about making mistakes. 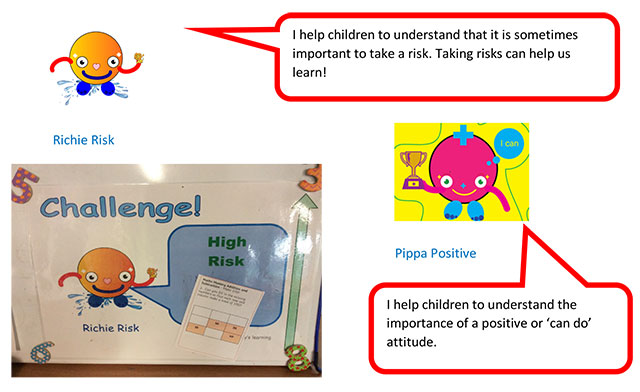 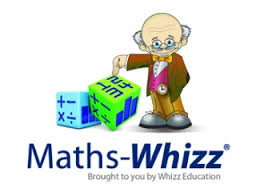 Maths-Whizz Tutoring Plus is an online personalised tutoring service which caters for each child’s needs. This is an online service and can be used at any time, at home as well as in school. When used the recommended amount, it has shown to help children improve and gain confidence in maths.

At Clover Hill Infant School every Year Two child is given a username and password so they can access this great resource!

This is what our Year Two children say about Maths Whizz.

I love Maths Whizz because it is fun and helps me when I am stuck!

When I do lots of lessons I win credits so I can buy (virtual) pets for my bedroom.

The Maths Whizz Professor tells me when I am doing really well.

Our children will be taught to:
◦count to and across 100, forwards and backwards, beginning with 0 or 1, or from any given number
◦count, read and write numbers to 100 in numerals; count in multiples of 2s, 5s and 10s
◦given a number, identify 1 more and 1 less
◦identify and represent numbers using objects and pictorial representations including the number line, and use the language of: equal to, more than, less than (fewer), most, least
◦read and write numbers from 1 to 20 in numerals and words.

Our children will be taught to:
◦read, write and interpret mathematical statements involving addition (+), subtraction (-) and equals (=) signs
◦represent and use number bonds and related subtraction facts within 20
◦add and subtract one-digit and two-digit numbers to 20, including 0
◦solve one-step problems that involve addition and subtraction, using concrete objects and pictorial representations, and missing number problems such as 7 = ? – 9.

Our children will be taught to:
◦solve one-step problems involving multiplication and division, by calculating the answer using concrete objects, pictorial representations and arrays with the support of the teacher.

Our children will be taught to:
◦compare, describe and solve practical problems for: ◦lengths and heights [for example, long/short, longer/shorter, tall/short, double/half]
◦mass / weight [for example, heavy/light, heavier than, lighter than]
◦capacity and volume [for example, full/empty, more than, less than, half, half full, quarter]
◦time [for example, quicker, slower, earlier, later]

◦recognise and know the value of different denominations of coins and notes
◦sequence events in chronological order using language [for example, before and
after, next, first, today, yesterday, tomorrow, morning, afternoon and evening]
◦recognise and use language relating to dates, including days of the week, weeks, months and years
◦tell the time to the hour and half past the hour and draw the hands on a clock face to show these times

Our children will be taught to:
◦describe position, directions and movements, including whole, half, quarter and three-quarter turns.

Our children will be taught to:
◦count in steps of 2, 3, and 5 from 0, and in 10s from any number, forward and backward
◦recognise the place value of each digit in a two-digit number (10s, 1s)
◦identify, represent and estimate numbers using different representations, including the number line
◦compare and order numbers from 0 up to 100; use <, > and = signs
◦read and write numbers to at least 100 in numerals and in words
◦use place value and number facts to solve problems.

Our children will be taught to:
◦solve problems with addition and subtraction: ◦using concrete objects and pictorial representations, including those involving numbers, quantities and measures
◦applying their increasing knowledge of mental and written methods

◦show that addition of 2 numbers can be done in any order (commutative) and subtraction of one number from another cannot
◦recognise and use the inverse relationship between addition and subtraction and use this to check calculations and solve missing number problems.

Our children will be taught to:
◦choose and use appropriate standard units to estimate and measure length/height in any direction (m/cm); mass (kg/g); temperature (°C); capacity (litres/ml) to the nearest appropriate unit, using rulers, scales, thermometers and measuring vessels
◦compare and order lengths, mass, volume/capacity and record the results using >, < and =
◦recognise and use symbols for pounds (£) and pence (p); combine amounts to make a particular value
◦find different combinations of coins that equal the same amounts of money
◦solve simple problems in a practical context involving addition and subtraction of money of the same unit, including giving change
◦If compare and sequence intervals of time
◦tell and write the time to five minutes, including quarter past/to the hour and draw the hands on a clock face to show these times.
◦know the number of minutes in an hour and the number of hours in a day

Our children will be taught to:
◦order and arrange combinations of mathematical objects in patterns and sequences
◦use mathematical vocabulary to describe position, direction and movement including movement in a straight line and distinguishing between rotation as a turn and in terms of right angles for quarter, half and three-quarter turns (clockwise and anti-clockwise).

Our children will be taught to:
◦interpret and construct simple pictograms, tally charts, block diagrams and tables
◦ask and answer simple questions by counting the number of objects in each category and sorting the categories by quantity
◦ask and answer questions about totalling and comparing categorical data.